The Science of Drafting

Posted on February 7, 2015 | Comments Off on The Science of Drafting 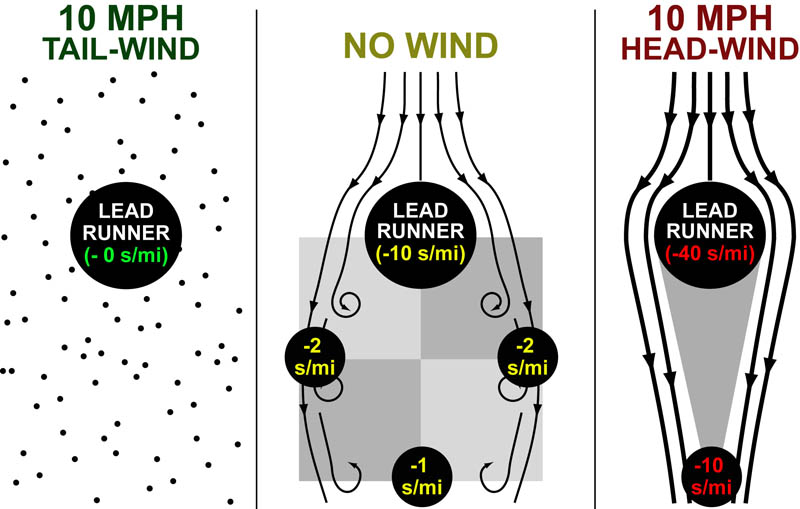 Recently, while running a workout on a windy track, I started wondering about the science of air-resistance and drafting.   More specifically, I wondered what difference was between 10 mph tail-wind and the 10mph head-wind I encountered on opposite sides of the track (see figure above). When I returned home, I discovered some classical papers that answered this exact question in an experimental and theoretical way (summarized in the Figure above).1-4

To most clearly illustrate that main concepts, I have focused on one illustrative example of a runner moving at 6 min pace (or 10 mph) with either a 10 mph tail wind, no wind, or a 10 mph head wind (see figure above):

In addition, the figure above also illustrates the wake that a runner leaves behind which other runners can take advantage of while racing. As you can see, the shape of the wake varies depending on the air-speed encountered:

This entry was posted in Running. Bookmark the permalink.