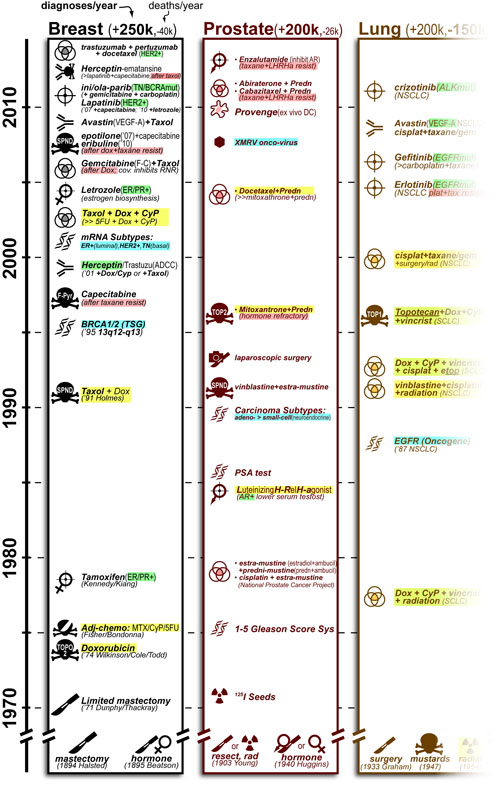 I recently finished two excellent books (The Biology of Cancer and The Death of Cancer) that really helped me start to understand the “big picture” of cancer research (in the lab AND the clinic). These books inspired us to piece together a timeline on the history of cancer therapy which ended up being a bit larger than we expected. Click on the image above for a PDF of our Cancer Therapy Poster (3′ x 1′). Below you can find a summary of all the abbreviations and references used for this project.

END_OF_DOCUMENT_TOKEN_TO_BE_REPLACED

Posted on February 27, 2016 | Comments Off on A Math-History Timeline 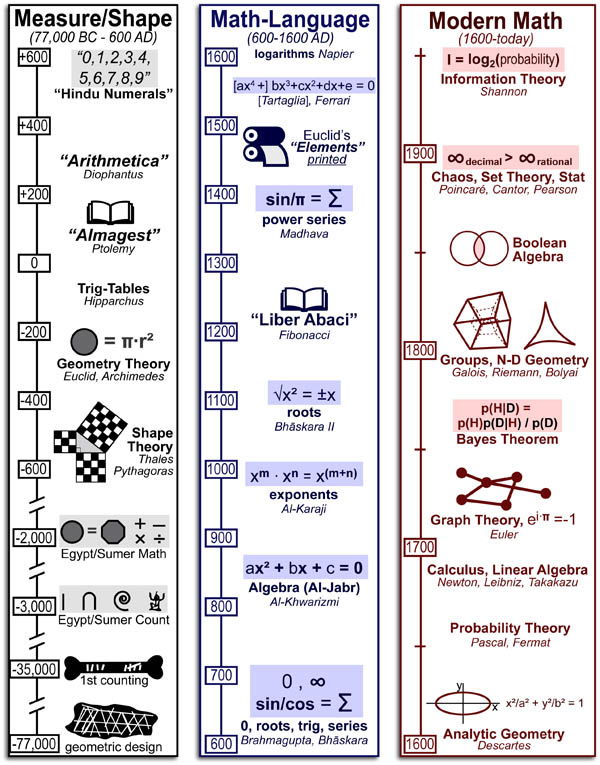 The history of mathematics can be divided into three periods:

Comments Off on A Math-History Timeline

Posted on October 20, 2015 | Comments Off on A History of Modern Science 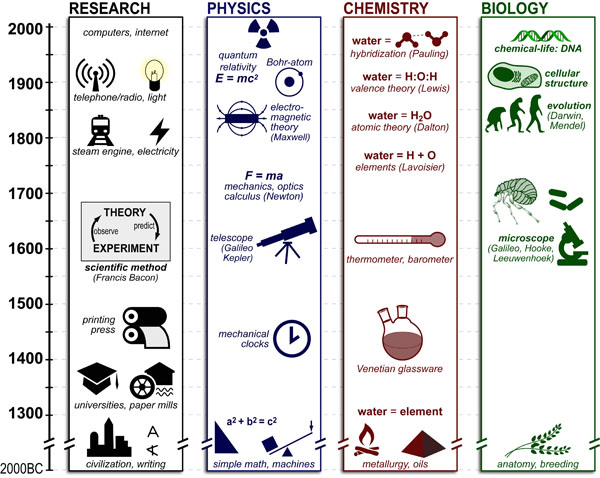 END_OF_DOCUMENT_TOKEN_TO_BE_REPLACED

Comments Off on A History of Modern Science

A Timeline of the Universe, Life, and Civilization 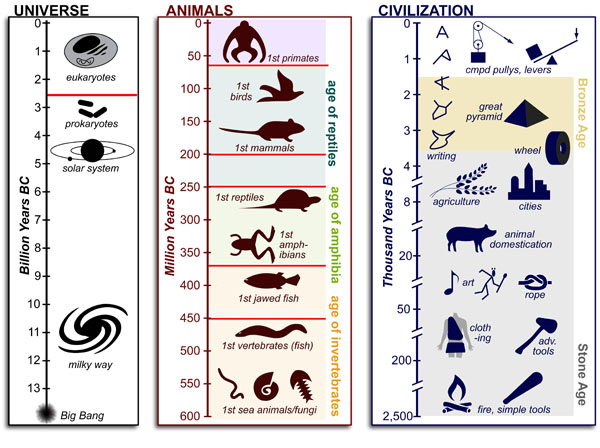 Historical reference points make understanding evolutionary time a lot easier by “calibrating” it. In the figure above we provide three parallel timelines depicting key events in the history of the universe (billions of years), animal evolution (millions of years) and human development (thousands of years). Major extinction events are marked by horizontal red lines. Additional details can be found below.