Posted on July 9, 2014 | Comments Off on Engineering Molecular Electronics with Substituents 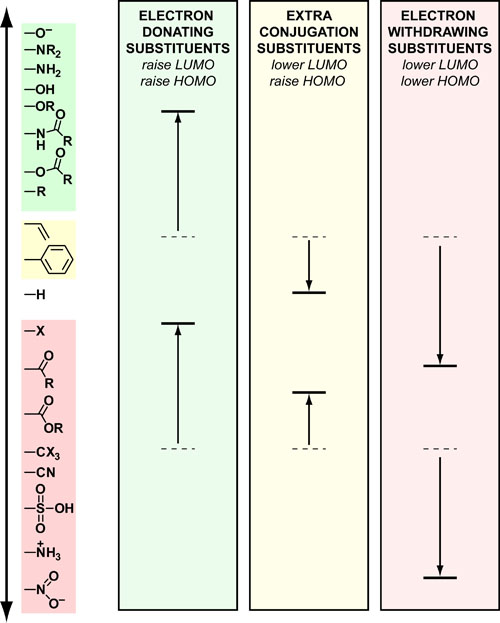 Often, if you are trying to design a molecule which has function (e.g. catalysts, fluorophores, switches, etc.) you have to tweak the electronics of that molecule. Generally, the most important electronic energy levels are the HOMO’s and LUMO’s which can donate and accept electrons, respectively. The figure above summarizes the substituents that are most used to raise the energy (electron donating groups), lower the energy(electron withdrawing groups) or do both (extra conjugation groups).

This entry was posted in Chemical Biology, Chemistry, Organic. Bookmark the permalink.